I started to worry about my hair

Many people have hair problems.

There are various theories about heredity, living environment, hormones, food, etc. , and I think most people want to say , ” I understand, but I can’t help what I lose! “

I was one of them.

About five years ago, I became particularly concerned about why I had less hair. There are many possible theories, but perhaps due to androgens, heredity, and stress , he was on his own path to hair loss .

In joke with friends ” or a wig? ” ” Go ahead once you were shaved! Etc.”, also in that exchange of views is frequently done, now stick to gradually heart of the wound that the hair is eliminated by yourself.

Twenty years ago, when my relatives’ uncle said, “Hair growth agents are good, do it properly!”, I was skeptical about such liquid systems and wasn’t interested in them at all. However, when my hair actually became thinner, I sought a solution with the thought of clinging to the straw .

Then, in England, many celebrities such as soccer players, actors, and musicians have their own hair transplanted and are coming out. (I have introduced the people who came out in my previous blog, so if you are interested, please use this link to get your hair and hair transplanted in London. )

4 ways to deal with thinning hair

Hair growth -It’s like tying artificial hair to living hair, and it’s bushy and good quality like a wig, but when the hair starts to grow, the roots of the artificial hair also move and maintenance is required. There is an ongoing cost.

Hair growth- Sprinkling liquid and massaging is reasonably priced and easy to get started, but the effects vary from person to person and are less certain, so they are ultimately costly.

Wig to choose the hairstyle over freely can show the hair silky. The price is very high, and you need to prepare a copy of the wig.

Hair transplantation - A method of pulling out the hair on the back of your head and planting it in the missing part . It is said that healthy donor hair will remain semi-permanently.

Looking at the above four, I thought, “I can do it without feeling guilty because I just transplant my own hair with my own hair transplant.”

While searching online, there are clinics all over the UK with the phrase “solving hair problems!” Search for about 5 highly rated clinics online and decide. Then, there was a clinic that a famous soccer player used, and I immediately made an appointment for counseling and went to London.

The counseling took about 30 minutes, and the doctor came there, and in my case it was coming up from the front of my head, so I was drawn on my forehead. Then there is the debate about how many Grafts (grafts: grafts such as skin, called strains) are needed. One graft has two hairs if it has one hair, and three or four hairs if it is healthy . The price of hair transplantation is the number of grafts, and 2000 to 4000 are said to be the number of grafts transplanted in one operation.

It was a very difficult amount of money, and I couldn’t decide on an immediate answer.

Continuing the investigation, the result. .. ..

After a while, when I gathered various information, I learned that British people would go to Turkey at a bargain price or go to Eastern Europe to transplant their own hair , so I immediately investigated in that direction as well. Then I found a place where 2500 grafts could be done for £ 4000 (620,000 yen) . Almost half the price of London, and there are many grafts! The place was Poland.

Immediately, let’s own hair flocking to go to Poland! After making a reservation for the scheduled date, the counseling was completed by sending an email and a photo. After that, I made a down payment of £ 300 and the rest the day before the surgery , so the procedure was completed in about 3 weeks .

Cheap compared to London’s £ 7500! I made a quick decision with a feeling that I was completely absorbed in the purchasing psychology trick, but I took the plunge and believed in the Poles and invested everything.

Even if you add the plane fee, car rental fee, and hotel fee, it is definitely cheaper than the London clinic, so I decided to go for this as a holiday.

Of course, Poland, which is located in the northern hemisphere, has four seasons, and now it is the season of autumn leaves. The trees in the forest are dyed yellow, and the temperature is 0-20 degrees Celsius, which is a big difference in temperature, but it feels very good during sunny days. It’s exciting to think that your hair will be modified as you eat and explore delicious food in Poland, which is full of nature and history.

On the day of hair transplant surgery

By the way, when I arrived at the clinic on the day of the hair transplant surgery, it was a new building, and the staff was a beauty clinic, so everyone was well dressed , and the female staff in charge of customer service seemed to have returned from the fashion show. It was dressed up.

As it was 8:30 in the morning, as soon as I arrived at the reception on time without waiting, I was taken by the doctor and entered the examination room.

There are about 4 to 50 Q & A questions here to check allergies, chronic illnesses, and basic health conditions of the living environment . Finally, check what kind of hairstyle you want. There are many different races around the world, and each has its own hairstyle, so it’s a good idea to bring your own tastes or photos of yourself in the past to explain . Poles can’t imagine what the Japanese outskirts look like.

The setup is as follows

2. Photograph – Take a photo from four directions plus overhead.

3. Move to Haircut Room – Move to the room where the mirror and hair clippers are located.

4. Hair transplant range discussion – In this room, four female assistants, a female doctor, and five women, who are believed to be in their twenties, gathered to take a closer look at the uncle’s outskirts line and discuss which one is the best. rice field. Of course, the wishes of the person himself are the most important, but I thought that the opinions of the assistant and the doctor were needed to find a line that suits the age more than he thought.

5. Line writing – Once a line is drawn on the forehead, the range of how much hair will be transplanted on it will be written. The top is getting a little thinner, so I was a little lucky to add the top as well.

6. Haircut – Once the line was decided, two assistants had to scrape off all the hair in a couple of minutes. There was no clipper cover, and it was mowed cleanly with 5 mowing. I haven’t been a buzz cut since high school baseball club, but even in high school it was 9mm (5 minutes cut), but 2mm (5 minutes cut) was the first time I was born.

There was nothing embarrassing when this happened, and while surrounded by five women, my feelings were completely reopened.

7. Photograph – Take a photo from four directions plus overhead after the haircut.

Surgery can be divided into 3 stages

Things to prepare in advance

Since it is a work that involves bleeding because it is hair removal and anesthesia injection, it is necessary to take care of that part. The items to be prepared in advance for that purpose are as follows.

First, remove the hair to be planted from the back of the head. I’m going to give a partial anesthesia, so I’ll give an injection, but the first 10 or so hurts first. Insert the needle so that the back of the head is drawn in a round shape. The anesthesia gradually works after one lap, and it doesn’t hurt after that. I think I was stabbed about 30 times in total.

There is a hole in the head of the sleeper bed, and I lie face down for two and a half hours, and in this state, the hair on the back of the head is pulled out from the hair root . I had almost no sensation under anesthesia, and on the way, I fell asleep for a while, but when I finished, I realized that there was blood on the pillow and there was some bleeding.

This time , a hole is made in the scalp where the transplant is made, so an anesthetic injection is given to the frontal region . As with the back of the head, the first 10 bottles are very painful, but once anesthesia begins, it doesn’t bother me. After all, the frontal region was also stabbed with anesthesia injection about 30 times.

To make a hole in the scalp, stab it with something like a ballpoint pen. Since the number is fixed at 2500 grafts, the assistant holds the counter in his hand and counts with a tick and a counter like a college student’s traffic survey part-time job.

I will stab it like a needle, but it does not hurt at all because the anesthesia is working. I was scared when I imagined it, so I calmly closed my eyes, recognizing that it was no longer my head.

After making 2000 holes in the forehead and 500 in the crown, the doctor stopped and started a 15-minute lunch when 2500 were counted.

Since the frontal region is already anesthetized in 2, there is no injection here. I was relieved. I made 2500 holes in the scalp, so I will plant the grafts collected in 1 . Lying on his back, surrounded by three assistants, the three will concentrate on the left and right sides and plant the grafts in 2500 places with the patience of taking grafts with tweezers.

Radio is played in the clinic, pop music is played, and I just close my eyes and put up with it. It doesn’t matter if your assistant’s sister sings or chats. I didn’t stop, so it was a satisfying service.

This session was a comfortable session, as I only planted a graft on the anesthetized head, so I took a nap while working.

After planting 2500 grafts, I took pictures again and reconfirmed aftercare, and I changed my clothes and went home immediately . It was strange to see another man with hair transplant surgery sitting in the waiting room today and two men with bloody scalps sitting facing each other, but the clinic people seem to be accustomed to it. I was doing normal work that I didn’t have.

For the time being, the surgery was completed successfully. I was told that I should refrain from driving if I feel sick, but since there was no particular problem, I just drove for two and a half hours and returned to my place of stay. (If possible, we recommend staying overnight at a hotel in the neighborhood)

This article on hair transplantation will introduce the whole picture of the day, and I would like to introduce aftercare and the situation after that in next week’s article. looking forward to.

Thank you for reading. I am participating in the blog ranking, so please click on the sheep below to support me ♪ 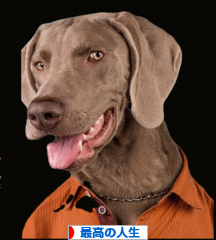